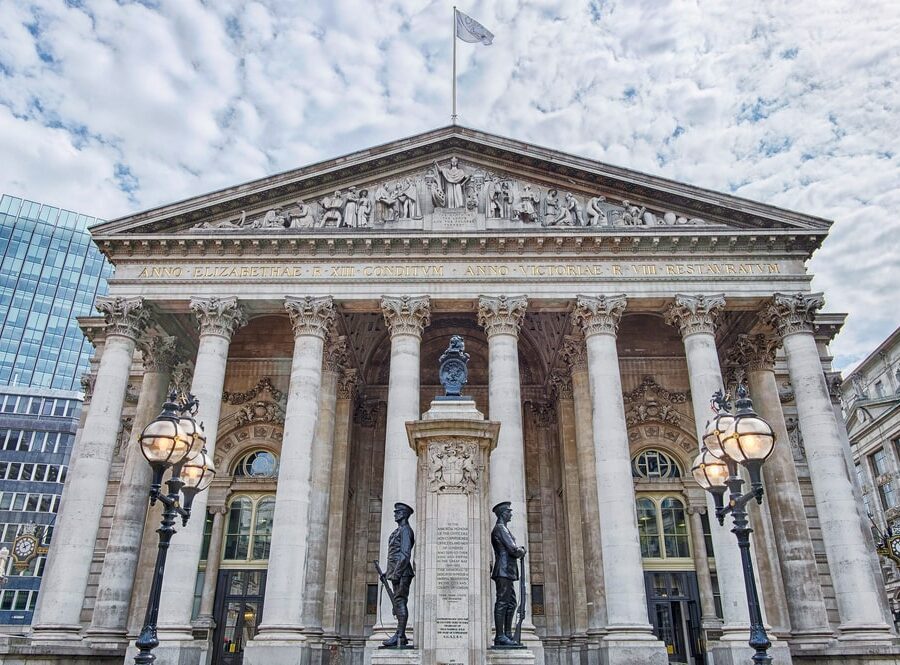 It is unlikely that 2022 will be a year on which investors will “look back with undiluted pleasure.Au contraire, it is more likely this year will be considered by the majority of investors to have been a veritable “annus horribilis”.

2022 was not only marked by the passing of the longest serving British monarch, the much beloved Her Majesty the Queen Elizabeth II.

Inflation at 40 years high, rising interest rates, soaring energy and food prices, the prospect of economic recession and to cap it all a large-scale conventional war in Europe for the first time since World War II, all combined to give the impression the 4 Horsemen of the Apocalypse were descending on businesses, households, and investors alike.

The perception of living through a state of uncertainty and general turmoil got so bad that “permacrisis – a word describing the feeling of living through a period of war, inflation, and political instability was chosen as Collins Dictionary’s word of the year.

No ballast for investment portfolios

Not surprisingly, given the “permacrisis” background, major global stock markets were negatively impacted, from New York to Beijing, passing through the capitals on the European continent:

Skyrocketing Inflation and the hiking of interest rates on the part of the major central banks in order to tame inflationary forces was the toxic combination that weighed down on the performance of fixed interest as an asset class.

Traditionally, government debt is used in combination with equity in portfolios with the aim to provide some ballast.

This is because the two asset classes historically tend to be negatively correlated, i.e., when the price of equity falls, the price of government debt tends to increase or at least remain stable or fall less than equity as investors turn to the perceived safety of government debt in times of economic uncertainty or during recessions.

Unfortunately, this traditional approach to diversification in terms of assert classes did not work in 2022.

This is because the pernicious effects of inflation at historic highs and rising interest rates wreaked havoc on any portfolio featuring a combination of equity and fixed interest allocations, weighing negatively also on the typical 60/40 portfolio (i.e., a portfolio comprising 60% equity and 40% fixed interest, with most of the latter allocated to government debt):

It really felt like there was no place to hide for investors, unless one had exposure only to the oil & gas, coal and energy complex in general which benefited from the high price of hydrocarbons, with the S&P 500 Energy sector index, for instance, returning over 90% in GBP by the end of November since the start of the year.

What about the UK?

During the course of 2022 stock markets in the UK performed in a binary way,

The FTSE 100 index posted a positive performance, thanks to the bulk of the international large companies listed on it operating in the oil & gas, commodities and basic material sectors that all benefited from the soaring price of energy and inflation levels at historic highs.

On the other hand, medium and small cap companies, more domestic oriented, were heavily impacted by the negative effects of the “permacrisis”, as exemplified by the performance of the FTSE 250 index losing more than 16% by the end of November.

Similarly, the 10-year UK Gilt (government debt) started the year yielding just below 1% and jumped to a yield of over 3% by the end of November (price falling), causing a capital loss for bondholders of roughly 20%.

The jump in yield was particularly concentrated in the immediate aftermath of the “mini budget” released by the UK government on 24th September, featuring a string of unfunded tax cuts which spooked investors as regards the fiscal sustainability of UK public finances.

Investors, both domestically and internationally, took fright and dumped UK government debt en masse, causing yields to skyrocket (prices falling) from 3.50% to 4.51% by the 27th of September, prompting the following day an extraordinary intervention by the Bank of England that announced it would carry out temporary purchases of long-dated UK government bonds to the tune of £65billion to alleviate liquidity problems in the pension industry.

The jump in government bond yields also negatively affected the housing market via a knock-on effect on mortgages, with mortgage lenders withdrawing many deals from the market only to be replaced by mortgages with higher interest rates. House prices fell by 2.3% nationwide in November, according to mortgage lender Halifax. This was the largest monthly fall since the beginning of the Global Financial Crisis in 2008.

Last but not least, the effect of the fiscal measures contained in the mini budget was also acutely felt in the foreign exchange market with the pound falling from 1.12 vs. the US dollar to only 1.03 vs. US dollar, an all-time historic low for the British currency.

Thankfully, following the Autumn Statement released on November 17th featuring a more balanced fiscal policy approach, capital markets stabilised, yields on government debt started falling (prices rising) and the pound started regaining ground vs. the US dollar and has been strengthening considerably since then, with one pound now buying 1.22 US dollars.

What is in store for investors in 2023? As Niels Bohr, the Nobel laureate in Physics and father of the atomic model, apparently said in one of his amusing remarks, “It is very hard to predict, especially the future.

However, for once there is a widespread consensus among economists and financial professionals, in that, 2023 will likely be a year of economic recession in the US, on the European continent and in the UK, albeit the expectation is for a mild contraction of the economy.

A slowing economy and a labour market expected to weaken as a result, coupled with the easing of supply chains constraints and fall in energy prices due to anaemic demand, should cause inflation to moderate, albeit it will likely remain above the central banks’ targets of 2%.

This in turn should prompt central banks to first ease and tend pause their interest rates hiking cycle.

A scenario of moderating inflation and stable interest rates should provide a positive background for fixed interest as an asset class, especially government debt and to a certain extent also high quality, investment grade corporate debt, albeit the latter might be negatively affected by the slowing economy hitting companies’ earnings.

As for equity, the key is to what extent the bad news has already been priced in and reflected in companies’ share prices.

Stock markets are forward looking, and it is likely that at least to a certain extent companies’ share prices have already incorporated the expected fall in revenues and profit margins compression due to the slowing economy.

The broad-based sell-off in equity markets has provided an opportunity to buy the shares of many good companies at a better entry price.

2023 is not expected to be an “annus mirabilis” for investors, far from it.

However, for all the likely negative news headlines about recessions and economic slowdown and the inevitable volatility in financial markets, fixed interest and equity might still deliver positive returns overall in the new year.

We are a team of independent financial advisers, who offer a range of tailored financial solutions to our clients – from personal financial planning to investment planning and portfolio diversification, with the support of our in-house investment analysis.

Any research is for information purposes only and does not constitute financial advice. The value of investments and any income from them may go down as well as up, so you may get back less than you invested. Past performance cannot be relied upon as a guide to future performance. KLO Financial Services Ltd are registered in the UK, company number 08711328. We are authorised and regulated by the Financial Conduct Authority, reference 710272. For any information please visit our website www.klofinancialservices.com