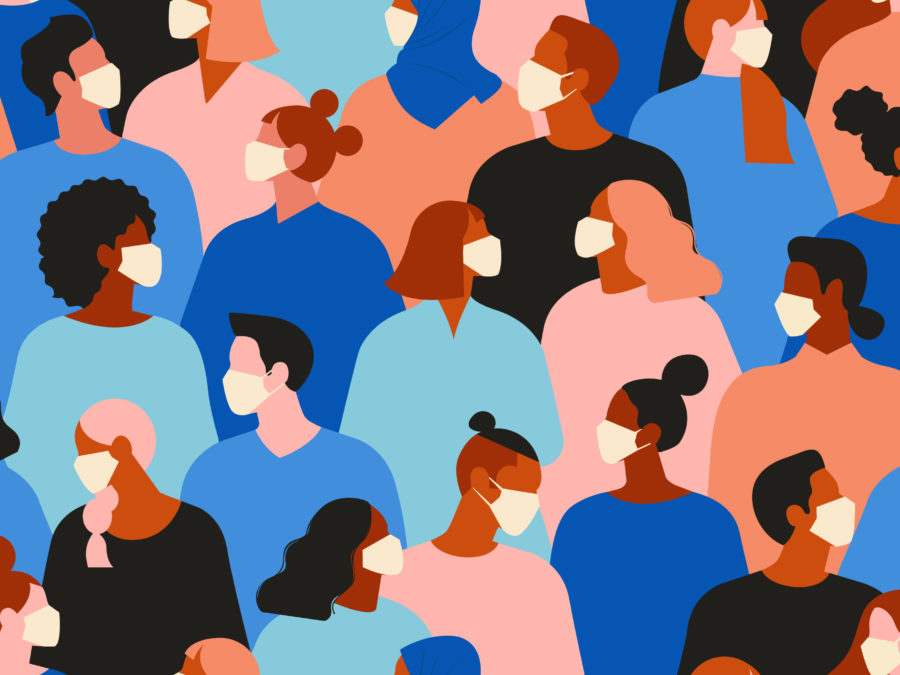 Concern over the rapid spread of the new form of coronavirus, COVID-19, has caused global equity markets to plunge over the last few weeks.

As the number of cases outside mainland China began to climb in February, the fear started to take hold  that the initial economic growth slowdown in China would mutate into a deeper and longer hit to global growth as more and more companies warned of disruptions to supply chains and sales and were providing lower or even negative earnings guidance for the first quarter of 2020. Forward looking equity markets started factoring in a drop in corporate profits and were reducing their earnings per share (EPS) growth expectations with the consequential fall in equity prices worldwide.

In an attempt to ease investor fears of a global economic growth slowdown, on March 3 the US Federal Reserve (the Fed) was the first major central bank to act, lowering its policy interest rate by 50 basis points. However, the move failed to calm investors’ nerves. In fact, given the emergency nature of the move which took place almost two weeks before the normal meeting of the Fed scheduled for March 18, it is possible the emergency decision caused markets to react negatively by signalling further uncertainty as to the real state of the global economy.

On Monday, March 9, oil prices crashed by as much as 30 percent, causing an additional shockwave of risk-off sentiment that caused global equity markets to fall even further. Given the large presence of Oil & Gas companies in the index composition, the oil price fall was particularly impactful for the FTSE 100 which entered bear market territory, i.e. it suffered a fall of 20% from recent highs. The oil price shock was caused by a disagreement between Russia, Saudi Arabia and other members of the Organization of the Petroleum Exporting Countries (OPEC) as regards implementing deeper production cuts in order to support oil prices, with Saudi Arabia threatening to increase production instead. The imbalance between reduced demand due to the economic slowdown caused by the coronavirus outbreak and increased supply on the part of the “swing” producer Saudi Arabia, caused the oil price to crater.

It is clear that the effects of the coronavirus will severely dampen not only China’s economic growth but also global economic growth, especially given the full impact of the virus outbreak on the global supply chain might be more profound that initially estimated, with the recent lockdown by the Italian government another recent instance of the negative economic impact of Covid-19. Therefore, the risk of the onset of a global recession is not negligible at this stage. The outcome will very likely depend on the countermeasures put in place by central banks and governments in terms of a combined effort of both monetary and fiscal expansionary policies, i.e. further interest rate cuts, possible resumption of Quantitative Easing and deficit spending. In the UK for instance, the Bank of England has held on March 11 an emergency meeting to cut interest rates by 50 bps in order to stimulate the economy. If implemented quickly and aggressively, the combined effects of such measures should be enough to improve investors’ sentiment, sustain the global economy, prevent it from falling into recession in the course of 2020 and provide at least a floor for financial markets, especially equity markets, from which to rebound by the beginning of 2021, if not earlier, in the second half of 2020. At the end of the day, equity markets are now well oversold worldwide, thus providing a good chance of buying the dip at what amounts to heavily discounted share prices.

On the other end, one should not discount the possibility that the measures already taken and that will be taken in the next few days and weeks by the monetary and fiscal authorities of central governments might fail to calm markets, because the now longest expansion in history, which has reached its 11th year in the US, might finally come to an end and in this situation markets will have further to fall, albeit probably not much more. This scenario of a recessionary induced market fall is unlikely and not the base case scenario at the moment, however it is still a possibility.

In these circumstances, one is reminded of the memorable words of Winston Churchill: “If You’re Going Through Hell, Keep Going”.