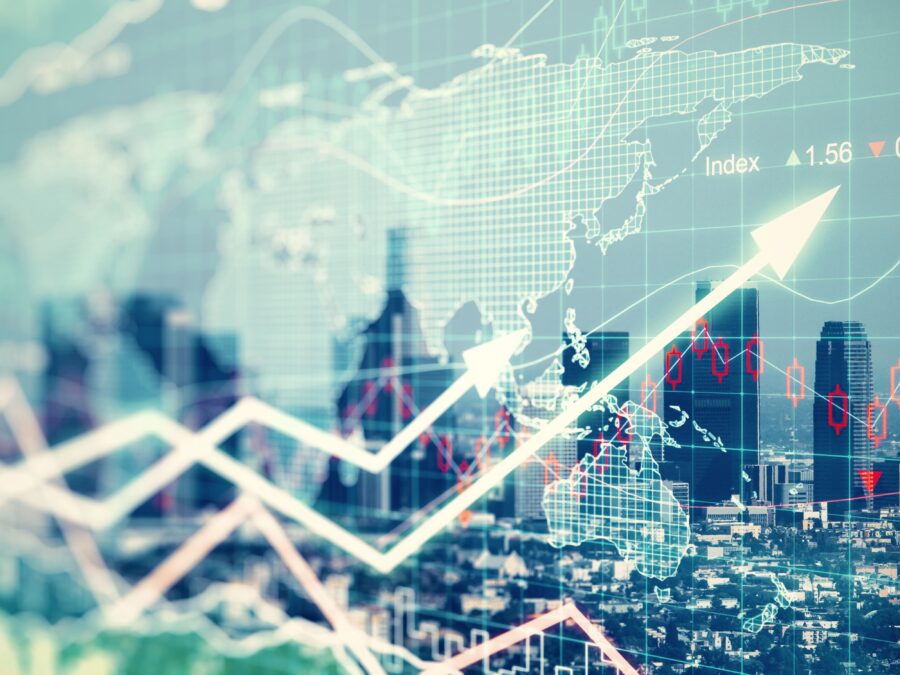 The so-called mini budget delivered on Friday 23rd by the recently installed UK government turned out to be a veritable “shock and awe” announcement for financial markets.

Talks of a possible parity between the pound and the US dollar started surfacing in the commentariat.

The yield on a 10-year UK government bond (gilt) jumped from 3.5% to 4.5% by the 27th of September, prompting the following day an extraordinary intervention by the Bank of England that announced it would carry out temporary purchases of long-dated UK government bonds to the tune of £65 billion.

The purpose of these purchases was to restore orderly market conditions in the long-dated gilt market. The intervention was needed as the rise in UK government bonds’ yields (fall in the price of bonds) was having a pernicious effect on the pension funds industry, which was essentially experiencing liquidity problems as a knock-on effect of the sharp and sudden fall in the price of UK government debt.

More concerning for households, mortgage lenders started withdrawing most of their loan offers, now likely to be replaced by more expensive mortgage deals featuring higher interest rates. This was due to the toxic combination of a falling pound exacerbating inflationary problems by making imports more expensive, thus creating expectations of further hikes in interest rates by the Bank of England, and spiking yields on UK government debt.

What caused the turmoil in financial markets?

The consensus within the financial industry is that at the root of the events that unfolded over the last week was the magnitude of the unfunded tax cuts unveiled in the mini budget, to the tune of £45 billion.

In the words of Paul Johnson, director of the widely respected Institute for Fiscal Studies (IFS), “the Chancellor announced the biggest package of tax cuts in 50 years without even a semblance of an effort to make the public finance numbers add up” .

According to calculations by the IFS, the measures announced in the mini budget represented the biggest tax cut to the planned level of tax as a share of the overall economy (GDP) since 1972 :

In brief, investors appeared unconvinced by the fiscal sustainability of these unfunded tax cuts without accompanying spending cuts, took fright, and dumped UK government debt and the pound en masse.

The position of the UK government seemed to be that a cut in personal and corporate tax rates would spur economic growth by creating positive incentives for households and businesses and this, in turn, would actually increase tax revenues thanks to a growing economy. The rationale was that the incentive effects of the tax cuts would be so large that a reduction in tax rates would actually raise tax revenue, since the tax base would grow larger as a result of the expected increase in economic growth.

In essence, tax cuts would be paying for themselves, at least in the medium to long term.

Whatever the merit of this approach, it is understandable why former US president George Bush when he was an opponent of another former US president, namely, Ronald Reagan, during the 1980 Republican Party primaries, referred to an extreme version of this theory as “voodoo economics”, i.e., an economic “folk magic act” expected to conjure up tax cuts, economic growth, and public finances sustainability all at the same time.

Assets in liquid financial markets such as currency and UK government debt, are subject from time to time to “overshooting”, i.e., to very sharp and sudden moves in price not always entirely warranted by economic fundamentals.

The unexpected negative reaction of financial markets to the package of fiscal measures unveiled in the mini budget coupled with uneasiness among MPs of the Conservative Party about unfunded tax cuts, eventually forced the UK government to a U-turn on the original plan to scrap the 45p rate of income tax for higher earners (earning over £150,000 per annum).

This volte-face in fiscal policy was well received by financial markets, with the yield on 10-year UK government debt falling to 3.9% (increase in price of bonds) and the pound strengthening to reach an exchange rate of 1.13 vs. the US dollar .

Partly as a result of the turmoil following the announcement of the mini budget, yields on UK government debt have become more attractive, and should the UK economy fall into recession by year end and remain in recession for the greater part of 2023, as was forecast by the Bank of England in August, gilts could re-establish a negative correlation with equities and increase in price (yields falling), playing the role of “safe haven” assets.

As for the weak pound, this should prove to be a tailwind for the export sector of the UK economy, albeit probably with a lag.

On the other hand, recent events coupled with recessionary risks have taken a toll on small and medium size businesses that generate most of their earnings domestically, as evidenced by the FTSE 250 index falling by almost 7% over the last week.

By comparison, the FTSE 100 index managed to cushion last week’s turmoil, by losing about 2%. This is due to the vast majority of earnings of companies listed on the FTSE 100 index being generated abroad, mostly booked in US dollars and Euros, therefore becoming more valuable once translated back into a weaker pound sterling.

It is also important to remember that expectations of further increases in interest rates by the Bank of England should support the value of the pound and help cushion the inflationary effect of more costly imports priced in US dollars.

On balance, UK assets appear to be at a discount right now, however, policy risk has not entirely dissipated. In addition, soaring mortgage rates threaten households’ disposable income, with likely negative effects on consumption and companies’ earnings as well as the housing market.

If any memento was needed that financial markets are inherently volatile, this week’s events have definitely been a stark reminder of this inescapable fact.

Want to ensure your finances are protected from the changes in the financial markets? Our financial advisors in Warwickshire, Birmingham and London can support you or your business across personal financial services, balancing your investment portfolio and supporting with investments, as well as ensuring your business is protected.

Speak to our team by calling 01926 492 406 or email enquiries@klofinancialservices.com.

Any research is for information purposes only and does not constitute financial advice. The value of investments and any income from them may go down as well as up, so you may get back less than you invested. Past performance cannot be relied upon as a guide to future performance. KLO Financial Services Ltd are registered in the UK, company number 08711328. We are authorised and regulated by the Financial Conduct Authority, reference 710272. For any information please visit our website klofinancialservices.com